I finished the year with this gem by Michelle Obama.

It’s been a long year. I know they are all 365 days (usually) but this one has taken a lot of coffee and adulting to make it through. I also had a lot of help in the form of mental escapes thanks to all of the books I read this year. This was my second year doing a book challenge from @indiebookstoretour on Instagram! And for the second year I was excited about the literary feat I achieved considering my full time job/pilot wife/mom/volunteer schedule.

2. A New to You Book by an Old Fave Author – PRINCESS DIARIST

3. A Book Your Family Member Recommended/NPR – THE POWER

4. Free Read – THE MEANING OF MICHELLE

5. A Book from Outside a Genre I Usually Choose – HYGGE

6. Re-read a Book You Read 10 Year’s Ago- CAMEL BOOKMOBILE

7. A Winner of the Man Booker Prize – LINCOLN IN THE BARDO

9. A Book You Heard About From an Old Friend- IT’S MESSY – ON BOYS BOOBS AND BADASS WOMEN

10. A Book Reccommended by an indie bookstore employee: ALL THE LIGHT WE CANNOT SEE

11. A Book Published Over 100 yeas ago- LOOKING BACKWARDS

12. A Book Set in Your Home State – PRETTY GIRLS

15. A Chapter Book You and Your Kid Picked Out – PAX

17. A Book You Got Out of a Little Free Library/Recycled – A GIRL NAMED ZIPPY

18. A Book with a Protagonist of a Different Race Than You – WHO THOUGHT THIS WAS A GOOD IDEA?

19. A Book You Never Would Have Chosen by the Cover – IF I UNDERSTOOD YOU WOULD I HAVE THIS LOOK ON MY FACE

25. Book published the year you were born -THE HIDING PLACE

26. A book you probably should have read in school – ONE FLEW OVER THE CUKOOS NEST

27. A self published novel – A FALSE START

28. Extra read – TODAY WILL BE DIFFERENT 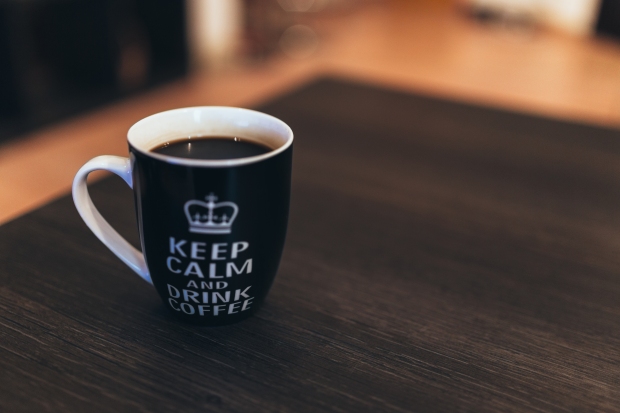 My brain is weary and I am sure many of you also feel my pain. It’s not easy juggling work, family, Pinterest, city traffic, calling my state senators every day and trying to keep abreast of the ever developing political updates. It has taken me roughly three weeks to find balance in it all. Knowing when to turn my concerned constituent side on and when to turn social media off isn’t a skill that has come easy. For a moment there I’d forgotten the things that bring me peace and joy, and was knee deep in news from the Atlantic and NPR. But then… I remembered a trick I learned in college. After every challenging semester. After reading Chaucer’s Canterbury Tales in its original version. After plowing through Yates and e.e. cummings and Frost. After diving deep into advanced grammar and syntax… I would sell my textbooks back to the university bookstore and use the measly proceeds to purchase junk food  and the latest People magazine. Yes you read that correctly – PEOPLE MAGAZINE. I had forgotten the joys of what I like to call BRAIN CANDY.

You, like me, may have lost your way and forgotten how mindless drivel is a part of self-care. We have to recommit ourselves to embracing just a little bit of fluff and nonsense to keep us sane. It’s time for us all to revel in the time-sucks!

This weekend, the Lou Rawls song “You’ll Never Find Another Love Like Mine” popped into my head and remained a brainworm until I went to download it from iTunes. There I discovered the song was a part of their Pop Hits: 1976 playlist. Curious about what else I might find there I clicked on it and saw it included:

Needless to say I lost my mind and have been jamming off of these bi-centennial good vibration hits ever since. In 1976 I was five years old and just beginning to build my own personal music appreciation library. I suggest you find a music playlist from a year you look back on with fondness, and discover the happiness that comes from listening to that music.

I’ve asked friends and coworkers for some of their favorite things to do when they need to turn their brains off. Below is my list of some of their most fabulous pieces of brain candy suggestions, and a few that I stumbled upon on my own.

This is our flag. It’s pretty awesome.

After studying American symbols and landmarks in his Kindergarten class, my son came to me and asked for a flag. An American flag. He thought it was the prettiest flag of them all and wanted to hang it up in his room.  Many of you are probably shrugging your shoulders and thinking, “And? What’s the big deal?”

With all this being taken into consideration…surprisingly… I did not immediately say no to my child. All of these things ran through my head. All of the anger that was inside of me started bouncing around like a tiny rage filled rocket. I didn’t let the kid see this though. I didn’t go into a diatribe about how for the last eight years it seemed as if we as a nation had come so far and now it looked as if it was all falling backwards at a breakneck speed. He is only six. And while he is very smart and I’m sure he would understand many of the facts – at this time – I don’t think he needs to know any of them. He will learn in due time that while there are many things that make America great, there are many things that this country has done and will do that make it a downright shit show. He will learn that once upon a time people had to sit on the back of the bus based on the color of their skin. He will learn that women and minorities have not always been able to vote.  He will learn that not that long ago his best friend’s two mommies could not be married. He will learn that these bovine, inbred, backwoods ass concepts were the law of the land.

Because he will learn the bad things – I need for him to learn the good things first. He will know that his great-great-grand father and great-grandfather became doctors in this country when that was RARE. He will learn that 4th of July fireworks are awesome and so is apple pie. He will learn that spending an entire Saturday in your pajamas is considered a successful day in our house. He will know that there are many races and religions represented in this country and they make fabulous friends and neighbors. He will know that all of those things, when you boil it down, mean happiness and freedom and that is what that flag stands for.  And I mean happiness and freedom for ALL just in case you were wondering.

That is what the flag, that he so eagerly asked me for, stands for. So when he asked me for the flag I looked at his little round face and asked, “A little flag or a big flag?” Of course he wanted big –  so big is what I bought. Since it arrived, he has learned how to properly display the flag, fold the flag, and the ceremony for destroying a flag when it is past its prime.  My brother who is a retired U.S. Air Force vet has offered to make the trip with us to the local American Legion where they will do it for us.

When the time comes he will learn why people will sometimes  fly the flag upside down. Or why some people will burn it and how it is their right to do so if they choose. As his parents we have those conversations now. Those are some heavy discussions; and we think they will be made a wee bit lighter with the knowledge of what good  can be found in those stars and stripes. Call me a tree hugging optimist but I know this country has more than a few things going for it. They are why we live here. They are why we gave birth to him here. They are what we work hard for and champion every day.  They are why this flag flies outside of our front door.

Yesterday was my husband’s 47th birthday and I think once again we knocked it out of the park when it came to the presents. He has several hobbies and interests but I always fear I will give him something that will end up collecting dust. Thank the heavens that did not happen with these gifts…

From our son came this Star Wars sunshade to keep his new RAV4 cool during the sweltering Georgia summers. We knew it was a winner when he immediately took photos of it and sent them to his friends. It is perfect for any fan of the series, only $20,  and is available at ThinkGeek.com

From me, the gift of something to sip. Last year I gave him a bottle of Basil Hayden Bourbon so in keeping with the cocktail theme I presented him this bottle of Thirteenth Colony Southern Bourbon. We like to drink local and this rye is made in Americus, Georgia.  It was promptly opened, poured, and loved. Prices vary. Check there website to find stores near you that carry their products.

What gifts are you giving this holiday season????