I’ve signed up to do the Ultimate Wine Run in August and unlike my usual mode of procrastination I am actually prepping for it now! The fact that the race is in August means that the day will probably be hotter that satan’s butthole so I need to train in the southern summer elements and not at the YMCA. My friend Carla has an apartment on the Eastside Trail of the Atlanta Beltline and we have been serving as each other’s motivation to get out and get walking. The round trip from her place, down the trail and through Piedmont Park is roughly four miles. And after all of that walking we are starving.

If you know anything about the Atlanta Beltline you know that there are just a few places along the path to grab some eats. Some of Atlanta’s best eats are along this stretch of concrete. Here are a few of my favorites. 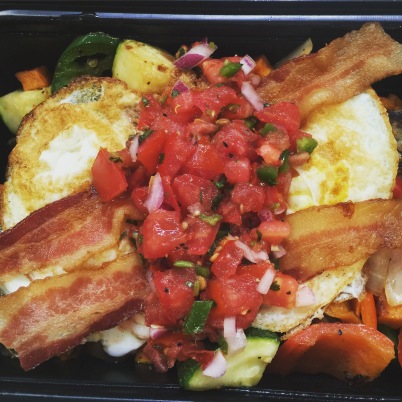 The Fish House Punch and El Capitan at BeetleCat…

A charcuterie plate of your own design from the offerings at The Spotted Trotter.
A Kouigon Amann from The Little Tart Bakeshop.
A pint of any of Georgia’s fine brews on tap at Hop City.
Anything from Woody’s CheeseSteaks.
The Albert’s pimento cheese & sausage appetizer.
A cheesesteak and Old Bay fries from Fred’s Meat and Bread.
A cup of house blend coffee with a Duck’s sugar doughnut on the side at Dancing Goats.
The very pretty burger from H&F Burger.
The Fatoosh Salad from Yalla!
The Boss Hog, a bag of chips and a Jack & Coke slushie from Victory Sandwich Bar.

The beautiful Jefferson’s Jetpack cocktail at Hampton + Hudson
Homemade salt and vinegar potato chips at Biltong Bar.
And last but not least – Happiness on a stick from King of Pops.

What are you eating???